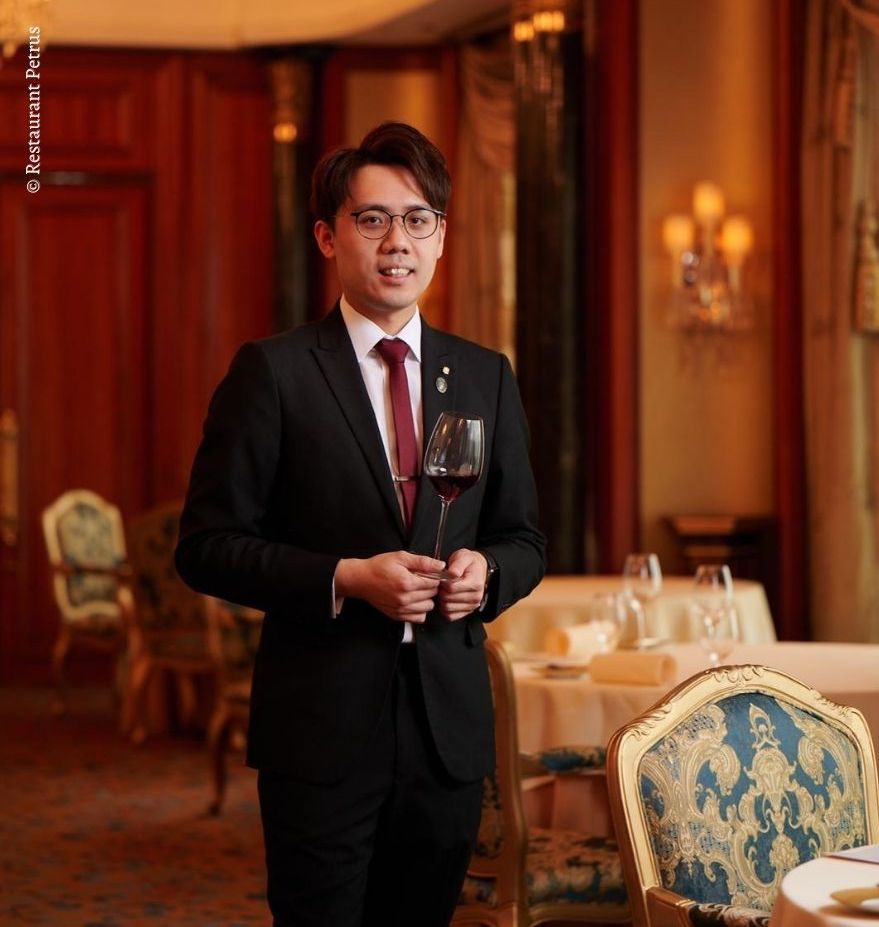 The 1 Michelin star restaurant lists more than 1,800 wines. The list was awarded “Best Champagne & Sparkling Wine List in Asia 2020” by The World of Fine Wine in 2020.

A Bachelor of Business graduate from the University of Tasmania, Cherish Ho started his journey in food & beverage by joining Lung King Heen at Four Seasons Hotel Hong Kong in 2011. He was working as a server at the 3 Michelin-starred Cantonese restaurant, during which he discovered his passion in wine.

In 2018, Ho obtained the Advanced Sommelier level at the Court of Master Sommeliers. The same year, he joined Restaurant Petrus as Service Manager & Sommelier.

Ho was then promoted as Head Sommelier at Restaurant Petrus in 2019.

“I believe continuous improvement is very important to a sommelier, so I keep studying and conducting tasting everyday.” said Cherish Ho.

Ho is now preparing for the Master Sommelier exam.

During the interview, the humble head sommelier specially emphasized that he feels honoured and lucky to work with Yohann Jousselin MS, Assistant Vice President (Wine) of Shangri-La Group.

“I grew and learnt a lot through this experience,”Cherish Ho added.