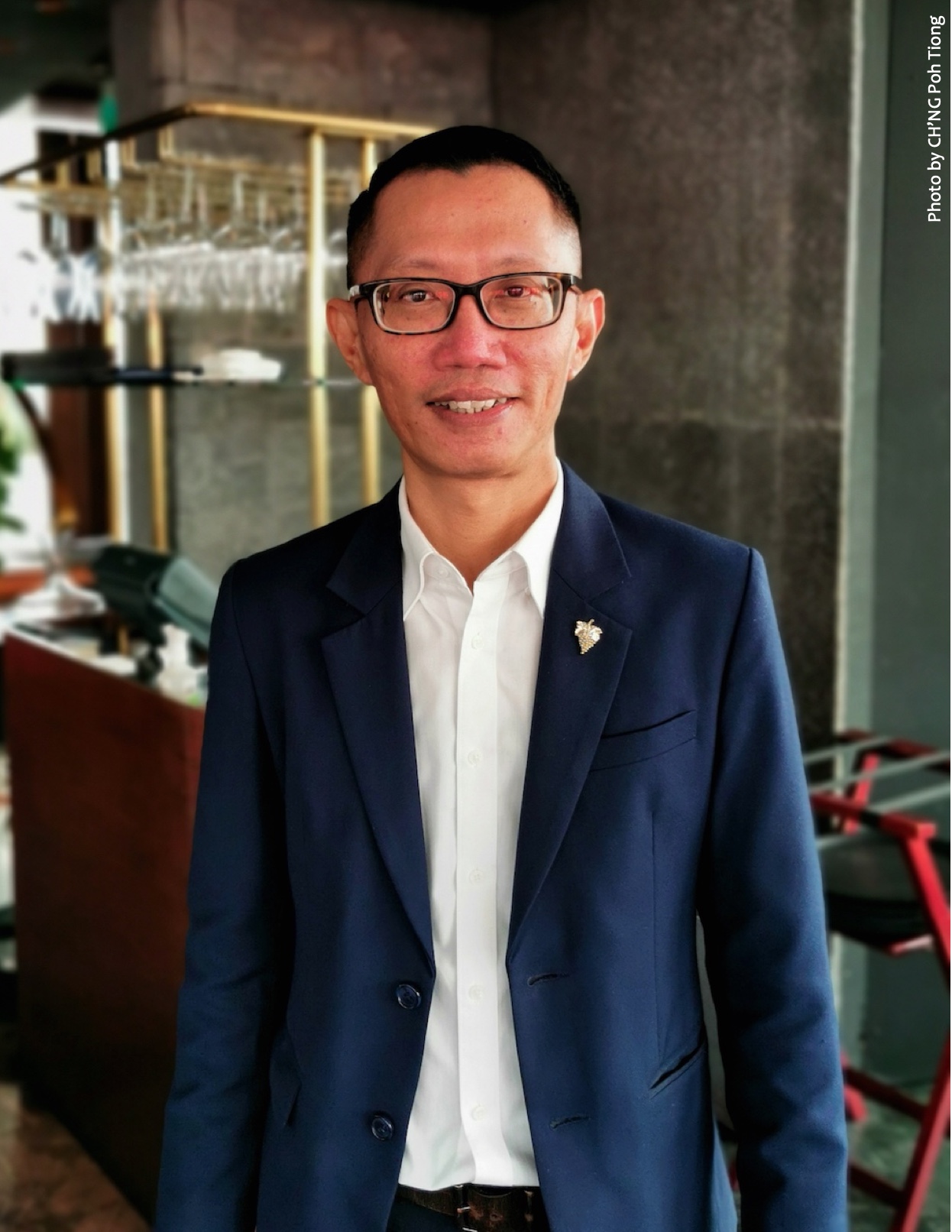 Assistant Restaurant Manager & Sommelier Andi Kristianto served John Travolta twice at Ce La Vi. His most memorable wine was tasted as recently as March 2020. “I was so excited when opening Chateau Haut-Brion 1961. I decanted and served it to the guest, who very kindly offered me the opportunity to taste it. An incredibly complex wine, full of intensity with a beautiful fruity note complementing the silky tannins and remarkably smooth finish.”

Andi Kritianto served John Travolta not once but twice at Ce La Vi.

The level 57 restaurant/bar/lounge sprawls across four areas on top of MBS – Marina Bay Sands – the same with the eye-watering swimming pool.

The views from up there are ravishing come rain or shine, day or night.

All you can see

In 2006, Kristianto located to Singapore as Assistant Manager of Lawrys, the American steak house he had also worked for in Jakarta.

Already smitten by wine, Singapore provided the curious young man with greater opportunity to learn about and taste the grape beyond wine books and articles.

Ten years ago – in February 2011 – Andi Kristianto joined Ku De Ta (now Ce La Vi) as a Guest Service Leader. This turned out to be a “grapesend” as Kristianto was able to work under its head sommelier.

The Indonesian went on to solidify his interest and job scope between 2018 and 2020 when he was mentored by Mathias Camilleri MS and Benjamin Hasko MS.

Andi Kristianto considered this period as a particularly special time in his career as he was given the opportunity to assist the Master Sommeliers with the global wine programme. Ce La Vi has outposts in Dubai, Taipei, Shanghai and Tokyo.

Andi Kristianto is responsible for the wine list at Ce La Vi Singapore where his career – like the views from MBS SkyPark – does not appear to have any limits.

Categories: SOMMELIERS
Prev postNext post
A Bachelor of Business graduate from the University of Tasmania, Cherish Ho started his journey in food &
Read More
In April 2011, Nagata started his journey with Alain Ducasse owned Benoit as Benoit Tokyo Chef Sommelier.
Read More
“My definition of a good wine is one that can make a wonderful marriage with the food. A
Read More
Born in Hong Kong, Dolphin Ip is Sommelier of SKYE, the Park Lane Hong Kong, A Pullman hotel.
Read More
In 2008, the young man joined The Westin Josun Seoul as a server. Continued steadfast hard work and
Read More
Singapore’s first Master Sommelier thrills his followers – including this one – on Instagram just as he inspires us with
Read More